On 21st March this year, President Barack Obama will be the first sitting president to visit the island of Cuba since 1928. This comes as part of a series of measures intended to ease the restrictions that have been placed on the island since the 1960s, including allowing American travelers to once again visit. With a number of restrictions already lifted, several airlines are already looking at potential direct flight routes to Cuba, so we thought we would take this opportunity to show you what this amazing place has to offer.

Cuba is famous for many exports, but close to the top of the list rum. A favorite of the Spanish court since the 16th Century, Cuban rum comes in a variety of forms. White rum is usually used as a mixer for cocktails, another of Cuba’s great gifts to the world. There is the Mojito, a refreshing infusion of sugar cane syrup, lime and mint leaves, the Cuba Libre (rum and cola) and the Daiquiri, which is named after a beach near Santiago de Cuba, the second-largest city. 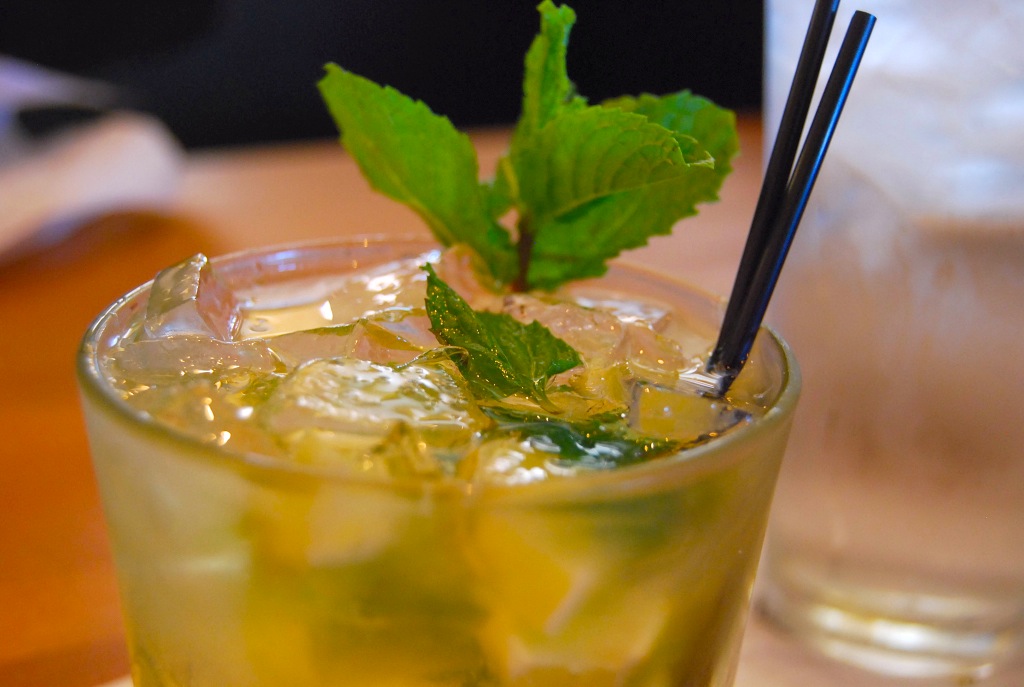 Of course, it would be foolish indeed to consume such delights on an empty stomach. Fortunately, Cuban food (comida criolla) is just as exotic and vibrant as the drink, and you’ll find no shortage of tasty treats, from Arroz con Pollo (a hearty chicken and rice stew, similar to paella) to ropa vieja (shredded beef).

One of the many attractions of discovering a new place is the concept of eating like the locals, but in this regard, Cuba is a little different. There is still a vast gulf between the rich and poor, and tourists tend to have their own eating areas. This is partly due to the fact that Cuba has two distinct currencies, the CUC (Cuban Convertible Peso, which is traditionally used by tourists) and the CUP (the standard peso, which is used by locals). While most restaurants will take the CUC, many smaller, local places won’t have enough money to change the convertible pesos in order to make change. When you consider that the average monthly salary in Cuba is approximately US$10, people can be quick to take offense if you are not careful and this can cause difficulties.

Sway to the Salsa Beat

Music has always been the lifeblood of Cuba. Son Cubano (which translates as ‘Cuban rhythm’) is a mix of Spanish and Afro-Caribbean music that became incredibly popular during the 1930s and is the root from which many other musical forms have come. Both salsa and rumba are derived from this form, and are famous in their own right. But pop music as a musical art form without the artists that created it. Say, for example, that it was Great Britain in Cuba’s position. Just as the Beatles and the Rolling Stones were coming to the height of their fame, imagine that the doors closed on them and no one was able to hear them play for over 40 years? Wouldn’t you want to know what had happened to them? Fortunately for the cause of Cuban music, someone did.

In the 1990s, American musician Ry Cooder visited Cuba, attempting to retrace the footsteps of some of the most famous musicians of the 1950s. He sought to find a particular club that had been famous during that time, but when locals were asked, they could not decide where the venue (long since closed down) had been located. Not to be dissuaded, Cooder continued his search, tracking down the singers and performers, many of whom were now at a very advanced age. What resulted was the Buena Vista Social Club (named for the place he had been seeking), which became a band, an album and eventually a film. Finally, the world was able to hear greats such as Ibrahim Ferrer, Omara Portuondo and Compay Segundo once more.

Now that travel restrictions have been lifted, the music is flowing both ways now. Just recently, EDM superstar Diplo and his band Major Lazer played in Havana to almost half a million people. It would not be surprising to see other major acts flocking to Cuba for concerts, or even festivals.

Cruising with the Classics

Havana in the 1950s was the luxury getaway location of choice for the American smart set. Socialites and movie stars such as Eva Gardner and Frank Sinatra rubbed shoulders with mafia bosses and partied until dawn at casinos, clubs and marinas. But then Fidel Castro came to power, and abruptly, the party was over (famed gangster Meyer Lansky is reputed to have said “I know a communist revolution when I see one” and fled the island the night before Castro took power). One of many changes that Castro made was a ban on the import of motor vehicles, a restriction that stayed in place for over 50 years. As with many communist countries, without access to factories and car parts, mechanics had to made do, relying on their own ingenuity to keep old vehicles running because there were no other options. But unlike the battered Trabants of communist Russia, the people of Cuba were working with an entirely different range of cars.

For the classic car enthusiast, walking the streets of Cuba is like taking a step back in time. Photographer Piotr Degler, who spent a month chronicling the many classic cars on the island, described it as ‘a Jurassic Park for cars’. Porsche, Mercedes, Daimler, Studebaker, Chevrolet… the list goes on and on, and every one a vintage classic. Many of them are held together with little more than love and some innovative repair-work, but this truly is a must-see for petrolheads. 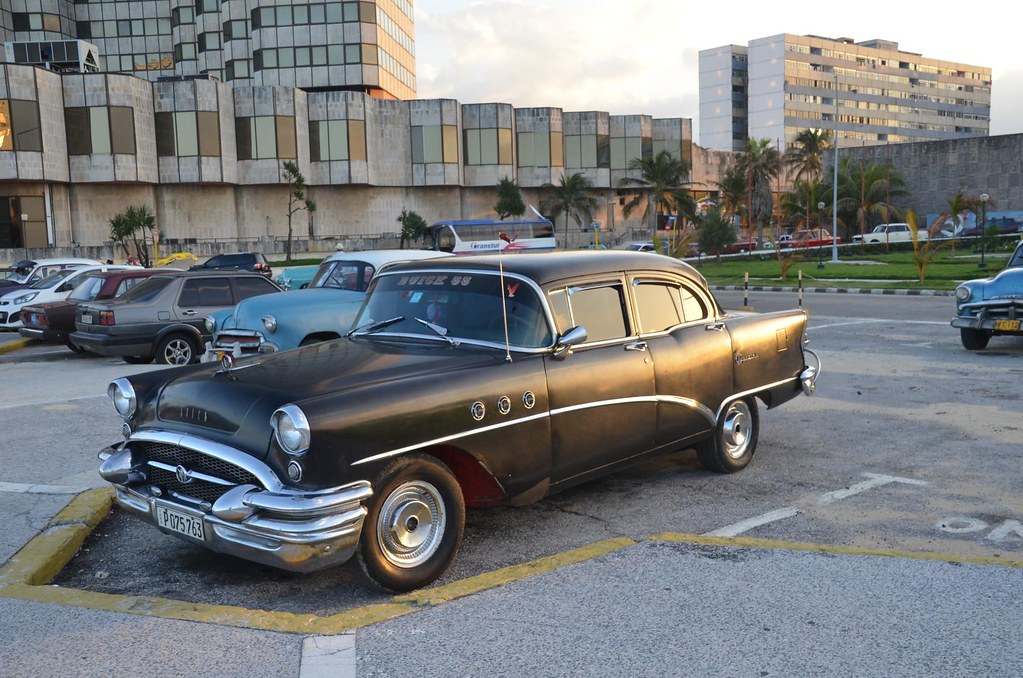 Places to see and be seen

There are dozens of wonderful places to visit in Cuba, not least of which is Havana. It’s worth noting that not all of the city looks as it does in photos – there are a number of ugly, dilapidated buildings and areas that might lead to disappointment if you don’t properly manage your expectations. But other areas, such as Havana’s old town (Habana Vieja), are truly spectacular. And no visit to the city could be complete without a walk along the Malecón, the 7km stretch of aged concrete that runs the length of the city by the coast. By day, fishermen sit here and cast their lines. From dusk until late at night, it is a meeting place for locals of all ages to meet and mingle.

While restrictions regarding US travel are only now being relaxed, there have been no such issues for other countries. This is why a visit to the spectacular Varadero beach may seem more like a European resort than anything else. There are chains of hotels offering all-inclusive deals, pools and even a full-size golf course (the only one on the island). But the beach itself, a 20km stretch of white sand perfection, is well worth seeing. The nightlife here is considered better than in Cuba itself.

Cienfuegos is considered to be ‘the Paris of Cuba’, but that’s probably because it was mostly populated by French settlers. A key center for the sugar trade, the pastel shades of the town’s neoclassical architecture and the botanical gardens give the place a remarkable colonial feel that you won’t want to miss.

For anyone wanting to sample the opulence of Cuba’s distant past, then no trip to Cuba is complete without a visit to the open-air Cabaret Tropicana. Described in the 50’s as the biggest and best nightclub in the world, the cabaret continues to this day. Expect to see ridiculously ornate headdresses and quite a lot of flesh.

When it comes to staying connected, Cuba is a little different to the rest of the world. In many respects, the country’s telecoms infrastructure is stuck in the past just as much as their vehicles, although the thaw in relations with the USA has seen some progress. In the past, access to the internet was highly regulated and monitored, and only a very few individuals were able, or could afford, to go online. During the summer of 2015, the government added 35 new paid public WIFI access areas but with access costing $2 per hour (approximately one tenth of an average monthly wage), most Cubans cannot afford it. Home internet access has been forbidden to all but a few government officials, and while steps are being taken to change this, the prohibitively high cost of a home computer is stalling progress.

The picture is no less grim for international visitors. Because the Cuban phone network lags behind most of the rest of the world, it’s not possible to use the internet on many handsets. Some hotels have WIFI access, but do not expect this to work as well or as quickly as it would elsewhere. You should also not expect to have access to all sites, particularly social media, and VOIP services are entirely prohibited. Visitors can get their hands on a local SIM card, but these are rented, not sold, and will cost you CUC3 ($3) per day, as well as a deposit.

Using your domestic SIM to roam in Cuba is quite expensive, given such conditions. Only two of the big four US operators offer a service in Cuba at all, and the cheapest of these offer calls at $2.49 per minute. A Telestial Explorer SIM brings the price of this down to $1.69, which is only 9c more expensive than the local rate. As the remaining barriers to entry into Cuba fall in the coming months and years, we’ll be looking to lower our rates even further. Stay tuned for updates.